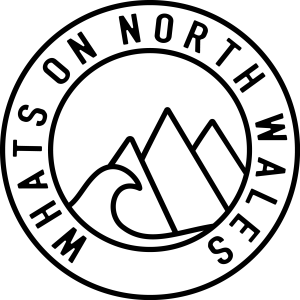 St. David’s Day is celebrated as the National Day of Wales.  The 1st March every year is marked as a special day for the people of Wales. Although not declared a public holiday, several traditions have been developed around this date. We take a look at the history surrounding St David and his life’s high points and journey.

Both St Davids parents were descended from Welsh royalty.  He was the son of Sandde, Prince of Powys, and Non, daughter of a chieftain of Menevia (now the little cathedral town of St David’s). The site of Davids birth is marked by the ruins of a tiny ancient chapel close to a holy well and the more recent 18th century chapel dedicated to his mother Non can still be seen near St. David’s Cathedral.

In medieval times it was believed that St David was the nephew of King Arthur. Legend has it that the patron saint of Ireland, St. Patrick – also said to have been born near the present day city of St. Davids – foresaw the birth of David in approximately 520AD.

David was born on the Welsh west coast in Pembrokeshire around 500AD. His mother Non also was a saint and trained under St. Paulinus’ tutelage as a priest. He attributed with various miracles like restoring his teacher’s eyesight and creation of a new hill altogether, which is presently Llanddewi Brefi village, while giving out an outdoor sermon.

He is a renowned missionary and has established monasteries in Wales and Brittany. In 550 A.D., he was declared Archbishop of Wales at Brefi church Synod council, however, remained in Menevia settlement, later renamed to St. Davids, to honor him. Although exact date of death is not known, 1stMarch is accepted globally. It is at St. Davids Cathedral that his body is buried, becoming a pilgrimage site during the middle ages. Pope Calixtus II had declared that going to pilgrimage twice to St. Davids was equivalent to one to Rome and thrice made to West Wales being counted as one to city of Jerusalem.

It includes wearing of two of the important and recognizable symbols of the country, namely, leeks and daffodils and consuming traditional dishes like the Welsh rarebit. Towns hold parades in recent times and major events are celebrated in Swansea and Cardiff. Towns like Bangor are inspired to hold activities and event for children for the whole week. Google comes out with commemorative Doodles to celebrate this day also.

2. Unlikely parentage: Legend states that his parents were Saints (aka Sanctus) son, of the king of Credigion as well as a mother who was St Non (Nonnita).

3. Born during a storm: St. David was the King of Ceredigion, Ceredig ap Cunedda’s grandson. Legend states that St. Non, his mother had given birth to him during fierce storm at Pembrokeshire clifftop. The holy well nearby reportedly has healing powers.

4. Complete vegetarian: He lived an austere, simple life and ploughed fields with bare hands, instead of oxen. He also avoided drinking beer or eating meat. He consumed only water and leeks, the reason, the latter became a national symbol.

5. Unique nickname due to his diet: David was called “Dewi Dyfrwr” or ‘David the Waterdrinker’, as he had a modest diet of a monk comprising of water and bread. Beer and meat was forbidden.

6. A fine preacher: He established churches and monastic settlements in Wales, southwest England and Brittany, including Abbey, Glastonbury. From Jerusalem, he brought along a stone which is presently found at St. Davids Cathedral’s altar.

7. St David Performed miracles: On Llanddewi Brefi, he was preaching before a large crowd. Some people standing at the back complained of not being able to hear him properly, to which he fixed by created a hill. A white dove appeared from nowhere, which settled on St. David’s shoulder.

8. Legend states that he could make many miracles. He had helped a blind man to regain sight and also gave life to a child by splashing tears on the boy’s face.

10. The Smallest city of Britain is named after him, situated in South Wales, St Davids is a popular beach resort for holiday makers through the summer months. The cathedral’s existence means St. Davids is the smallest city in Britain, having population of about 1,600. The cathedral’s tenor DewiSant bell weighs 2,700 lbs!

11. St David became popular outside Wales: His influence was not limited only to Wales. You can come across chapels and churches dedicated to him in Ireland, Brittany and South-West England.

12. His shrine is now an important pilgrimage site: A shrine was constructed at his cathedral, in South Wales at St Davids, after his death. Over 60 churches were dedicated to him by 12 Century th.

13. Spawning of his name from common Welsh name: ‘Taffy’ is considered to be a nickname for a Welshman is said to have a tenious link to St. David as original Welshman. This term derives from ” Taffydd” or ‘Dafydd’, David in Welsh, and dates back to 17th

14. David’s remains taken to London by Edward I: Edward I, the English King after completing his successful 1284 military campaign of Wales had taken back the arm and head of St. David from his cathedral to display it in London.

16. Even Shakespeare has mentioned St David: In Henry V, Shakespeare had used St. David, when Pistol, Flueelen’s English colleague had insulted the humble leek and insisted upon punishment by consuming the national emblem on St. David’s Day.

17. It’ s a wonderful time to explore and experience Welsh heritage: Several Wales’ heritage sites remain open to the public on St. David’s Day and do not charge any fee, as part of celebration of Cadw’s St. David’s Day, which also includes the Bishop’s Palace.

18  Children in schools across Wales celebrate this day by dressing traditional costume, which are white trim and black hat, shawls and long skirts.

19. It is believed that when St. David as an infant was getting baptized, a blind monk closeby got his sight restored magically.

20. The dove resting on St. David’s shoulder is one of his foremost symbols linked to him. to him, instead of a daffodil or a leek.

21. Becoming a missionary St David travelled throughout Wales and Britain and even made a pilgrimage to Jerusalem where he was consecrated bishop. He founded 12 monasteries including Glastonbury and one at Minevia (St. Davids) which he made his bishops seat. He was named Archbishop of Wales at the Synod of Brevi (Llandewi Brefi), Cardiganshire in 550. (www.historic-uk.com)

22. In medieval times it was believed that St David was the nephew of King Arthur. Legend has it that the patron saint of Ireland, St. Patrick– also said to have been born near the present day city of St. Davids – foresaw the birth of David in approximately 520AD. (www.historic-uk.com)

23. St David died on 1 March 589A.D., at Minevia, allegedly over 100 years old. His remains were buried in a shrine in the 6th century cathedral which was ransacked in the 11th century by Viking invaders, who plundered the site and murdered two Welsh bishops. (www.historic-uk.com)

Thanks for stopping by and reading our blog we appreciate every single one of you. Feel free to leave us a comment, give the blog a like and share the content far and wide. If you have a favourite Hotel on Anglesey that you know of, drop a mention in the comments below, we love to hear from you all.

If you want to support our work with whatson, you can do so by buying us a coffee here It helps keep us caffeinated and blogging through the long winter nights!

If you haven’t already seen our Facebook, Twitter, and Instagram accounts come and say hi, we are very active on there. Also join our whatson community newsletter here  for up to date insights of what we get up to in north Wales as locals. You’ll be the first to receive blogs, news and insights that we share with the community.